Last week’s chapter “Winged Victory” contained a new monster for Hildegard to square off against: the humble troll.

Trolls are something of an oddity in terms of folkloric creatures. No other race perhaps save fairies have had a broader spectrum in terms of reinterpretation when it comes to fantasy literature. TvTropes even has a page dedicated to this pheonemenon that’s worth looking through. Tolkien’s trolls, for example, were massive brutish creatures sometimes capable of speech, that sometimes turned to stone in the light of the sun, and were (by some interpretations) made as a crude parody of the Ents. Contrast to the trolls of the Warcraft Universe, who are the tall voodoo-practicing remnants of an ancient Mayan-esque empire and speak with distinct Jamaican accents. This is taken to perhaps its most extreme in the “Troll Market” of Guillermo del Toro’s film Hellboy II: The Golden Army where dozens of varieties of bizarre and almost alien trolls are on display. 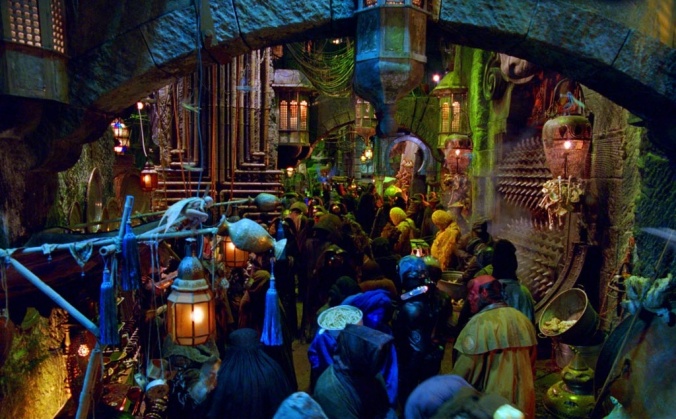 But where do trolls come from? That’s something of a tricky question.

The word ‘troll’ derives from a proto-Fermanic word of unknown origin, but generally encompasses the same theme across northern languages, that of a semi-mystical ‘fiend’. It is a general term used across several mythologies and folkloric traditions, meaning it’s not possible to codify a single set definition of ‘troll’. In Norse Mythology, “troll” was considered more or less a cognate of ‘jotnar’ or ‘giant’.

Later Scandinavian folklore had their own variant of trolls, and likely a more familiar one. These were older, pseudo-natural beings that lurked in dark forests and under ancient bridges to menace the heroes of tails. They are in many ways the generic ‘bad guy’ for the hero to defeat, and were frightened off by lightning (possibly a Norse holdover) or the presence of the sun. It is possible that “troll” was introduced by Norse settlers, expanded and then later re-narrowed to fit various folkloric templates.

The trolls in The Cities Eternal are, in this case, being used as a general bad guy monster as they’ve been portrayed for centuries. They’re more cunning than a beast but still far less than human, and with a tendency to carry off or eat humans. As the serials has long stressed the possibility of multiple interpretations of one story living side by side, it can be safely assumed that these are far from the only trolls of this world.